Biological medicines (so-called biologics) are innovative medicines that can change the lives of millions of patients with diseases that are severely incapacitating or can lead to death.

Video: with the friendly permission of Pro Biosimilars
As soon as the patent protection for a biological brand preparation expires, the medicine may also be produced by other pharmaceutical enterprises. This imitation product is referred to as a biosimilar. An authorised biosimilar has the same safety profile and the same effects on patients as an existing biological medical product that has been proven through advanced laboratory testing and clinical studies.  Biosimilars are authorised by the same monitoring authority and are produced to the same high quality standards as existing biological medicines.

Depending on the approach of the various health authorities, biosimilars can contribute to facilitating the access of patients, doctors and cost-bearers to medicines.

Biosimilars lead to the same result: a biological original preparation and a biosimilar are like a key and its copy made by a locksmith. They may look minimally different, but the result is the same: they both fit into the same lock and open the door.

In Europe, the first biosimilar was authorised by the European Medicines Agency (EMA) in the year 2006.  EMA is responsible for authorisations of biopharmaceuticals and biosimilars in all the countries of the European Union. In Switzerland, it is swissmedic, Agency for Therapeutic Products and Swiss authorisation authority for medicines, that is responsible for authorising biosimilars, as in the case of generics. 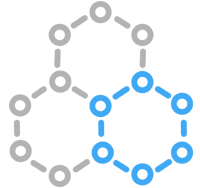 «The molecule of the original product and of the biosimilar must be identical structurally and regarding their detailed complexities to the extent that there is no difference in their effect.»